Yesterday, I was in Atlanta. Before an event, one of the doormen sweetly asked to take a selfie with me because he was familiar with ServiceSpace; after my talk, he came up for a hug and shared how he deeply resonated with our values. As a passing comment, he mentioned how he liked my watch. I felt moved to take it off and slipped it into his pocket. It wasn't so much because he liked the watch, but more because the sincerity of his invisible service touched me. (Or maybe it was because a friend had just reminded of a watch story from my pilgrimage days. :))

As soon he realized what had happened, he just lost it. :) Almost immediately, he started sweating, mildly hyperventilating even, and for about 10 minutes (as I hugged others around us), he kept shaking his head and sharing adjectives of the wide-ranging emotions he was experiencing -- "dazed", "confused", "overwhelmed," "grateful", "stunned" and so on. Clearly, it was a moment for him. He would've loved to return it to me, but deep down, he knew he had to take it, because he knew the "give-receive-dance" process of paying-it-forward. Finally, as we parted, he said, "I feel so... humble." Then, quickly, he added, "I will pay it forward."

We never introduced ourselves by name, and are unlikely to see each other again, but in giving it forward, surely, we will strengthen each other.

A bit later, right before I was leaving the venue, a woman came up to me with grateful eyes. "The guy you gave the watch to -- he's my husband. You don't know this, but this is what he does to everyone else. It's the first time it's happened to him. Thank you."

That watch was a tad bit special to me. I had it in college, then misplaced it. Guri recently found it and then went through a sweet effort to get it fixed and reunite me with the watch. I don't wear watches much, but I had it on this day. On the ride back from the airport, as I was retelling my trip stories to Guri, I just said, "Oh, and this doorman complimented my watch ..." She immediately smiled and knew the rest of the story -- that I paid forward her love. :) And that this was my gift to her for our 14th marriage anniversary.

Fourteen years ago, as we took our vows, we had printed this on the wedding program:

Real security lies not in owning or possessing, nor in demanding or expecting, nor even in hoping that what we think we need in life will be supplied by the other. Rather it lies in knowing that everything we need in life -- all the love, wisdom, insight, care, compassion, and strength -- resides within us. We are marrying each other, not in the hopes of acquiring these assets, but rather in the hopes of giving the gifts we've been endowed with, that the other might have them in even greater abundance, and that in turn, it may flow out to the farthest corners of the world. 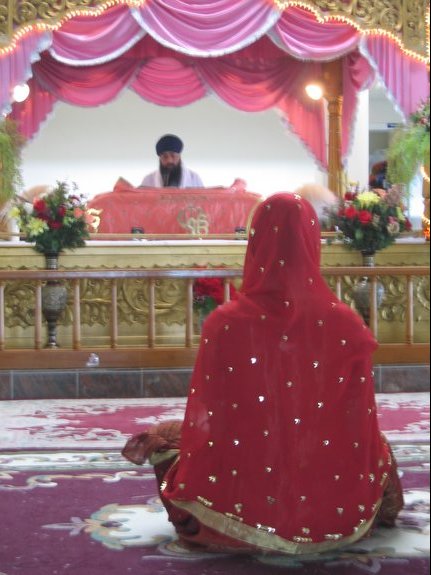 What a great blessing.