[Post Charlottesville events, a friend emailed me various existential questions around his social service work on inclusion. Below was my response. The images are paintings by a famous Indian painter named Raza who only draws traingles and circles. :)]

We can fundamentally organize our solutions as triangles, circles, or mobius. 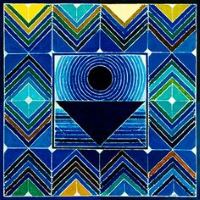 Triangles are hierarchies that are optimized for efficiency, via transactions. They are very narrow in focus and hence brittle. Circles are optimized for many-to-many possibilities through relationships. Yet, as they mature, they create exclusion with an in-circle and out-circle. In ServiceSpace, we speak of a third option, a "mobius strip", as a more suitable metaphor -- where the outside is in at times and inside is out at times, like the conveyor belt at an airport.

How, then, do we create a mobius strip? In any context, that's a very pertinent design question.

ServiceSpace approach has been to be leverage technology for efficiency, leverage circles for resiliency, and implement creative constraints to ensure mobius. For example, in an Awakin Circle, we don't filter people who walk in. We minimize rules -- no sign reads, "Don't use cell phones during the circle." We rarely acknowledge the gifts we receive. All of that leads to greater mobiosity. Across all our project designs, one can see a bias in this direction.

So how do we create inclusion?

Easy answer would be -- here's a billion dollars and let's implement a program, scale it and bake it into our policies. That works well with hierarchies but not so much with circles. Hence, if you rely solely on that approach, you start to compromise the power of circles. For example, neuroscience tells us that a bigger pre-frontal cortex makes us more compassionate; should a company like Crispr edit our genes in that direction? Then, we'll look at a person in a wheelchair with far greater empathy. But then, what is to say that we won't edit genes for skin color, IQ and beyond. That whole direction of dialogue is what we get with efficiency is our sole organizing principle (which is the current state of affairs). 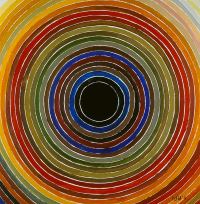 If we lead with relationships, however, we would have little pods of possibility that are much more multi dimensional. In that relational field, a lot of unexpected (or "disruptive", as is the more commonly used term in tech these days :)) innovation would arise. Over time, though, these pods could become very insular and start fighting with other pods as they get more and more attached to their views. Internet, for example, connected us massively and birthed the dot-com days of massive disruption. Soon enough came the loss of net neutrality, which allowed corporate triangles to clip its wings. We see endless examples of this from small circles to larger religions and corporate cultures. One can see all of this, as many have, as a grand scheme to control the world, but I see as a more fundamental incapacity for the mind to detach from one's views.

That then leads us to -- what's the mobius architecture for greater inclusion? It's hard to funnel it down to a pithy answer because it takes a combination of triangles and circles with sufficient constraints that don't vest it in either modality. 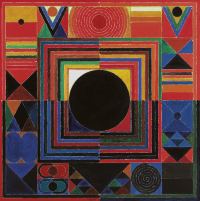 The essence of my answer hinges on creating spaces with minimally centralized resources -- and hence, organizing around intrinsic resources. Money, for example, is designed to abstract relationships by its feature of centralizing -- and most change-makers today don't know how they would create social change without money. Yet, history is full of movements that were catalyzed by intrinsic motivations. Best of native tribes were organized like this, Gandhi's vision for India was of such decentralized states, ServiceSpace is organized virtually like this. That is, if you are part of a tribe and you don't like something in a tribe, the Chief will bless you in building your own tribe; maybe you come back and apologize later, and or maybe you innovate the next big thing, but the fluidity and detachment yield a significant layer of mobiosity. It's clearly not an optimal pattern for everything, but it's particularly amenable for supporting inner transformation.

As a design principle, it's rather easy to understand; but it actually takes a lot of inner resources to pull that off in practice. It requires that a leader can't be seduced by the size of impact, by the strength of accumulation, or by the speed of efficiency. Instead, such a leader values small, knows to give fast enough to keep pace with inflowing resources, and is adept at finding the skilfull balance between monoculture and polyculture designs. By that definition, you probably wouldn't call them leaders. And in fact, we created a new word for it -- ladders. Without ladders, it's impossible to create a mobius field that prizes humility over visibility, fluidity over permanence, and emergence over predictability. 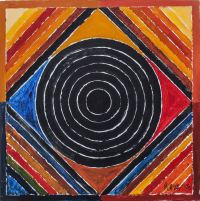 Early on in the ServiceSpace journey, because of our creative constraints, it became clear that we were organized around supporting people's journeys -- but support in which direction? Twenty years ago, we hadn't articulated it but we instinctively knew what it was: Laddership. Such skills aren't taught but rather caught at the intersection of our personal practices, intellectual understanding and collective sensing.

Such ladders are the precondition for any cause, particularly a culture of sustainable inclusion. I don't think this is a new phenomena, but our capacity to recognize might wax and wane across cultures. Currently, it's waning, :) but as Thich Nhat Hanh's reminds us, there are still a few farmers who see the sunflowers: