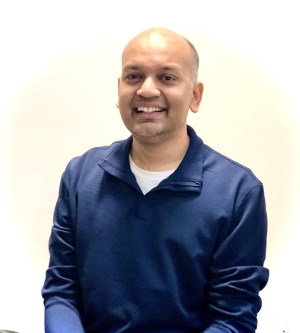 Nipun Mehta is the founder of ServiceSpace, a global community at the intersection of technology, volunteerism and gift-economy. Most recently, ServiceSpace's pandemic response has showcased the unique beauty of its global ecosystem. Nipun has catalyzed a global social movement of community builders grounded in their localities and rooted in practices for cultivating love, nonviolence, selfless service, and compassion. The ecosystem has reached millions, attracted thousands of volunteers, and mushroomed into numerous community-based service projects as well as inspiring content portals. ServiceSpace harnesses the collective power of networks and our deeper interconnectedness to create a distributed social movement founded on small, local individual acts of kindness, generosity and service that ignite shifts in individual and collective consciousness. Nipun was honored as an "unsung hero of compassion" by the Dalai Lama, not long before former U.S. President Obama appointed him to a council for addressing poverty and inequality in the US. Yet the core of what strikes anyone who meets him is the way his life is an attempt to bring smiles in the world and silence in his heart: "I want to live simply, love purely, and give fearlessly. That's me." 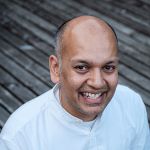 Nipun Mehta is the founder of ServiceSpace.org -- an incubator of projects that support a gift culture. In his mid-twenties, Nipun quit his job to become a "full time volunteer" and over the last 15 years, his work has reached millions, attracted more than 500 thousand volunteers, and mushroomed into numerous projects like DailyGood, Awakin Circles, and Karma Kitchen. Among his many prestigious accolades, President Obama appointed him on a council for social change, Dalai Lama recognized him as an “Unsung Hero of Compassion”, and Germany’s OOOM magazine named him Top 100 Most Inspiring People of 2020. Tirelessly, he has addressed thousands of gatherings around the world, speaking next to wide-ranging leaders from Apple co-founder Steve Wozniak to author Elizabeth Gilbert to civil rights legend John Lewis. One of his most formative experiences was a walking pilgrimage across India, with his wife of six months, whose profound lessons also became the subject of his widely-read address at UPenn commencement. Nipun's mission statement in life reads: "Bring smiles into the world and stillness in my own heart." 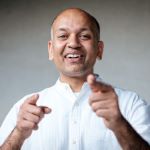 Nipun Mehta is the founder of ServiceSpace -- a global movement that touches millions of people. Perhaps you have heard of DailyGood or Awakin Circle or Karma Kitchen -- among the ever-broadening list of projects. Growing up, Nipun's purpose in life was to "either become a Himalayan Yogi or become a tennis pro." Instead, he wound up at UC Berkeley. :) By his mid-twenties, he quit his first-and-only job as software engineer to become a "full time volunteer". He's stayed that way since then. Few years ago, Dalai Lama honored him as "Unsung Hero of Compassion"; but he couldn't stay unsung for too long -- in 2015, President Obama appointed him on a council for addressing poverty and inequality in the country. Apart from his formal service, for the last decade, he has spends 30 days/years in meditation and 60 days/year in service of other meditators. His greatest indulgence just might be watching the Warriors play basketball, because he loves Steph Curry's humility. :) Just few months ago, Germany's OOOM Magazine named in "Top 100 Most Inspiring People of 2020", and he was mentioned on a magazine cover with Lady Gaga. :) Just recently, Euphrates Institute honored him as the 2019 Visionary of the Year, where he shared his long-time mission statement of life: "Bring smiles into the world and stillness in my own heart." 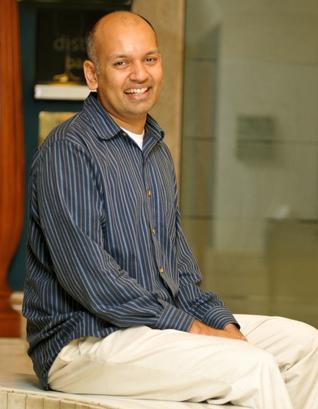 Nipun Mehta is the founder of ServiceSpace, an incubator of projects that works at the intersection of volunteerism, technology and gift-economy. What started as an experiment with four friends in the Silicon Valley has now grown to a global ecosystem of over 500,000 members that has delivered millions of dollars in service for free. Nipun has received many awards, including the Jefferson Award for Public Service, Dalai Lama's Unsung Hero of Compassion, Goi Peace Award in 2019. Few years ago, President Barack Obama appointed him to a council on poverty and inequality. Nipun is routinely invited to share his message of "giftivism" to wide ranging audiences, from inner city youth in Memphis to academics in London to international dignitaries at the United Nations; his speech at UPenn commencement in May 2012 was read by millions. He serves on the advisory boards of the Seva Foundation, the Dalai Lama Foundation, and Greater Good Science Center.

Nipun's high-school goal was to either become a tennis-pro or a Himalayan Yogi. Instead, by the third year of his Computer Science and Philosophy degree at UC Berkeley, he started his software career at Sun Microsystems. Dissatisfied by the dot-com greed of the late 90s, Nipun went to a homeless shelter with three friends to "give with absolutely no strings attached." They ended up creating a website, and also an organization named ServiceSpace. Over the years, they built thousands of websites for nonprofits but also started incubating a diverse set of projects that included online portals DailyGood and KarmaTube, offline movements like Smile Cards, a pay-it-forward rickshaw in India, and Karma Kitchen restaurants in three cities across the US. In 2001, at the age of 25, Nipun quit his job to become a "full time volunteer." He didn't have a plan of survival beyond six months, but so far, so good.

In January 2005, Nipun and Guri, his wife of six months, put everything aside to embark on an open-ended, unscripted walking pilgrimage in India, to "use our hands to do random acts of kindness, our heads to profile inspiring people, and our hearts to cultivate truth." Living on a dollar a day, eating wherever food was offered, sleeping wherever a flat surface was found, the couple walked 1000 kilometers before ending up at a retreat center, where they meditated for three months. Today, both Nipun and Guri live in Berkeley and stay rooted in a practice of small acts of service. The journey continues.

Nipun's mission statement in life now reads: "Bring smiles into the world and stillness in my own heart."